Have you seen the Kids' Zone? Play games and visit some cool websites. You can vote for your favourites. 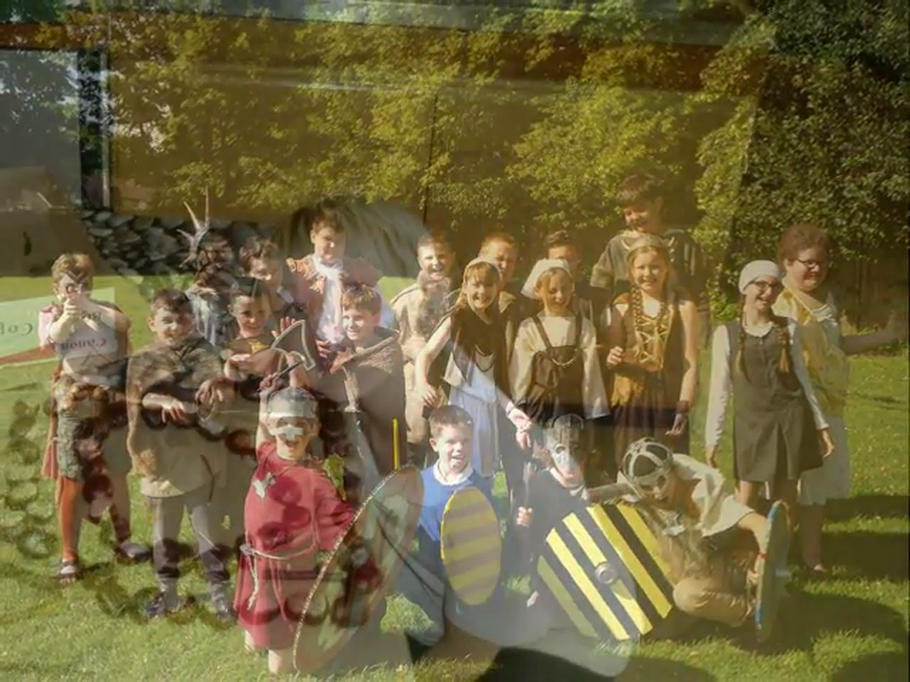 A final tribute to a fantastic Year 6!

Today, we were visited by Mrs. Mallows for our 'Time for Clay' day.

We were working on our memory plaques which symbolise our time at Acton Primary. We used many different techniques and our own ideas to represent these memories. Our personalised creations will be fired by Mrs. Mallows before being returned to us. We will then glaze them before they are fired again.

We then learnt about viking home life and had the opportunity to handle artefacts from cooking pots and utensils to an ironing board and combs made of reindeer antler. Following that, we played a viking board game (Fox and Geese) and learnt some viking English. These led to lots of discussion about the origin of many words that we use today.

In the afternoon, we learnt how the vikings minted their coins: the methods and the rules that governed the process. Thorulf created coins during this session which we were able to pass around and look closely at.

This brought us the bit we were all excited about - the weapons! Thorulf  demonstrated how a range of weapons were used including spear, broadsword and daneaxe. He demonstrated the effect that these weapons would have on an Anglo-Saxon head - it was quite messy!

It was a brilliant day, the Wolves looked brilliant/menacing in their outfits, asked excellent questions and found out so many interesting facts. Hopefully, the photos will give you a bit of a taste of the day.

Today, the 12th June, we went to Ormiston Sudbury Academy to work with Mr. Herring on the first scene of our upcoming performance of Shakespeare's 'The Tempest'. We began the session by trading Shakepearian insults in the style of Caliban, the nobles, the spirits and Prospero.

We then moved onto working on the opening scene of the play. This promises to be a great opener that we can't reveal too much about (we don't want to ruin the surprise!). Needless to say, Mr. Gray and Mr. Newcombe have got their work cut out to replicate the creativity and choreography that Mr. Herring produced! 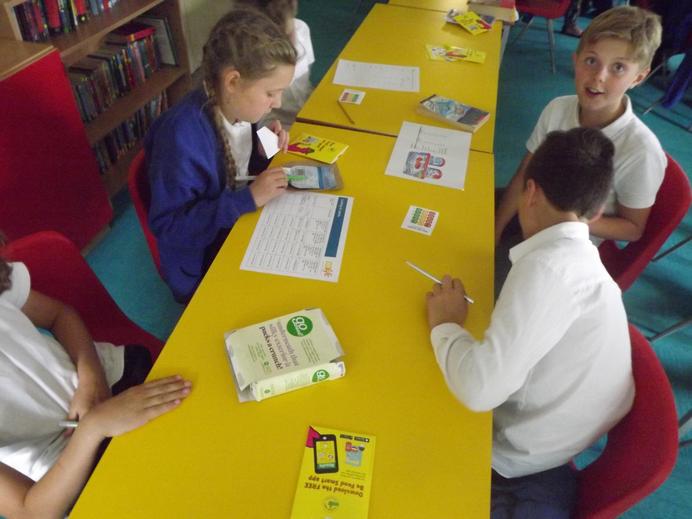 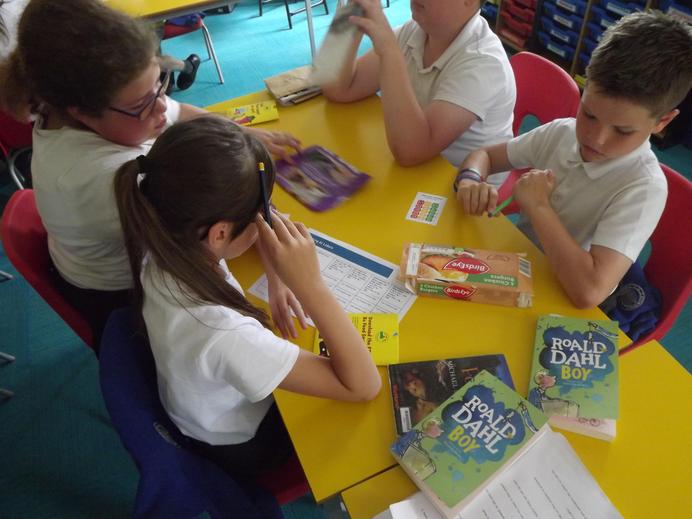 Today's session with Cheryl focused on the importance of reading and understanding the information placed on the front of food packaging. We used a traffic light system to colour code the high, medium or low content of sugar, total fat, saturated fat and salt. There were a few surprises, especially the sugar content of a particular packet of crisps, as we looked at the differences between similar products - some with fancier packaging than others. 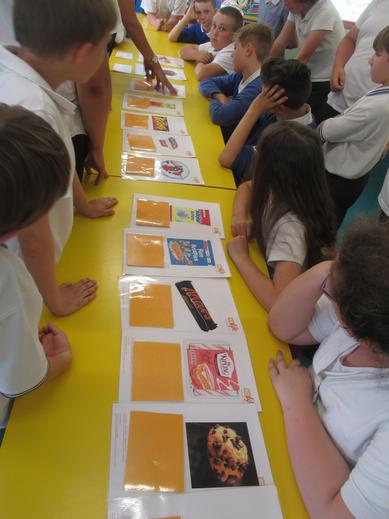 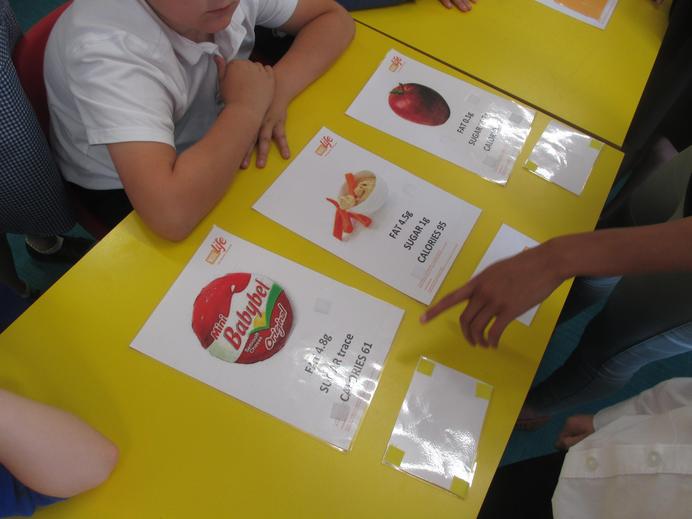 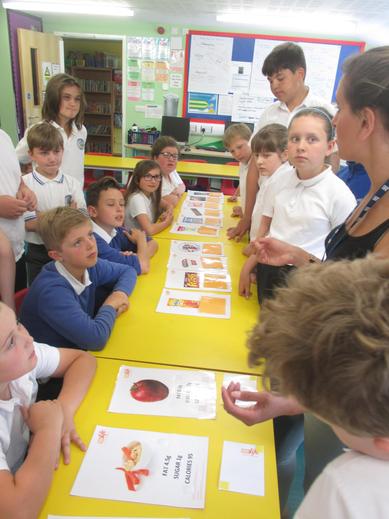 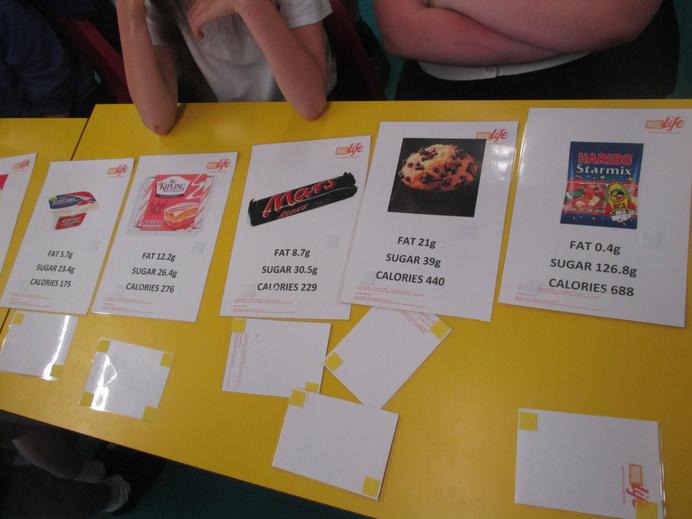 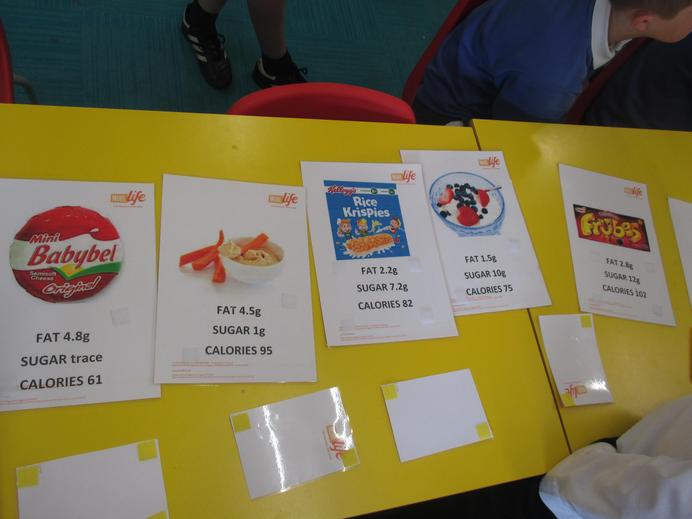 As part of our work with Cheryl from OneLife Suffolk, we spent the afternoon thinking about healthy snacks and making sensible choices regarding sugar content.

As a class, we were given a photos of a range of snacks from a Mars bar to hummus and carrot sticks. We had to order the snacks from the lowest sugar content to the highest. The nutritional values were then revealed and some reordering took place! We were shocked by the sugar and calorie content some of the 'healthy' options.

To find out more about OneLife Suffolk and the Change 4 Life project (and the Sugar Swap app) please click on the links below.

Following on from our work on 'Tales from Outer Suburbia' by Shaun Tan and the story 'No Other Country', we were challenged, in groups, to create a plot for a short story entitled 'Another Country'. This had to involve the creation a mysterious hole which the characters then passed through.

The challenge was then to create a non-scripted piece of drama without the use of props or a narrator to tell the story. The overall outcomes were very impressive with some very clever uses of our bodies to represent scenery and additional props.

Following all of our hard work and the completion of the 'week-that-shall-not-be-named', we had a fantastic day at High Lodge in Thetford Forest. We swang, climbed, slid and ate ice-cream. It was a fantastic day out!

As part of our work on Ancient Egypt, we headed off to the Fitzwilliam Museum in Cambridge.

The Fitzwilliam Museum is internationally renowned for it’s collection of Egyptian artefacts; some of which are nearly 6000 years old!

If you have a child in year 6, this video provides details of the KS2 national curriculum tests (SATs) they will take in May.

A summary of the Key Stage 2 tests that Year 6 pupils will take in England in May 2017.