WELCOME TO THE WOLVES' DEN

Following weeks of rehearsals, the Wolves took the stage at The New Wolsey Theatre, Ipswich, to take part in the Royal Shakespeare Regional Showcase.

We took part in the performance of Romeo and Juliet, which was the finale to a project running over the whole year, alongside 4 other schools. Each school had a short section of the play to perform which when combined created the whole play.

We had, arguably, the most important combination of scenes as Romeo and Juliet wed before Romeo was exiled following the death of Mercutio and Tybalt.

It was an extremely long day which involved rehearsals, voice and prologue workshops and a technical rehearsal (during which the high school teachers present and theatre staff were amazed that the Wolves were only Year 6s).

The show began, in front of a packed audience, with the prologue, performed as a whole company from different locations around the theatre. Stoke High then took to the stage to start the performance, the baton was then handed to Ormiston Rivers Academy before it was time for the Acton players to take to the stage.

It is fair to say that the Wolves took to the stage and set the bar for everyone to follow. Although Mr. Gray had to watch it all backstage on a small black and white TV, the reaction from the crowd and the clarity with which the cast delivered their lines was amazing. The support for each other when the actors came back stage between scenes was also amazing.

At the end of our scenes, the actors left to rapturous applause to retake their seats and enjoy the performances of Ormiston Endeavour Academy and Cavendish CEVC Primary School.

It was truly an amazing experience and one which will live long in the memories of the cast, their parents and the rest of the audience.

Thor-Ulf Hammarson visited Acton to teach Penguin Class and Wolf Class all about the Vikings. We learned about where they came from, their money and trade, their jobs, their family life, their traditions and - most excitingly - their weapons and warfare. Thor-Ulf was very entertaining and just a little bit scary (he is a Viking after all)! We really enjoyed handling lots of artefacts and asking many searching questions; the visit really helped to bring our history topic to life and stay lodged in our memories. Also, many thanks to all the parents and grandparents that helped us put together a range of exciting Viking outfits to wear on the day.

As part of the preparation for our performance of Romeo and Juliet with other RSC Associate schools, we were lucky enough to be visited by Kat from the RSC in Stratford-upon-Avon. After playing some games to warm-up, Kat worked through various techniques with us and taught us about physical drama. We learnt how to use our bodies to portray emotions before learning how to stage fight. This is important as our part of the Romeo and Juliet production portrays many emotions from love to hate.

The Week That Shall Not Be Named

A summary of the Key Stage 2 tests that Year 6 pupils will take in England in May 2019.

Just So Stories with the Owls 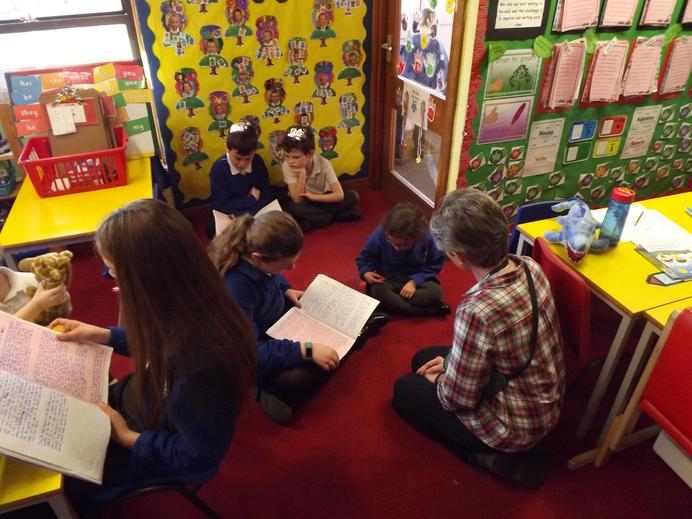 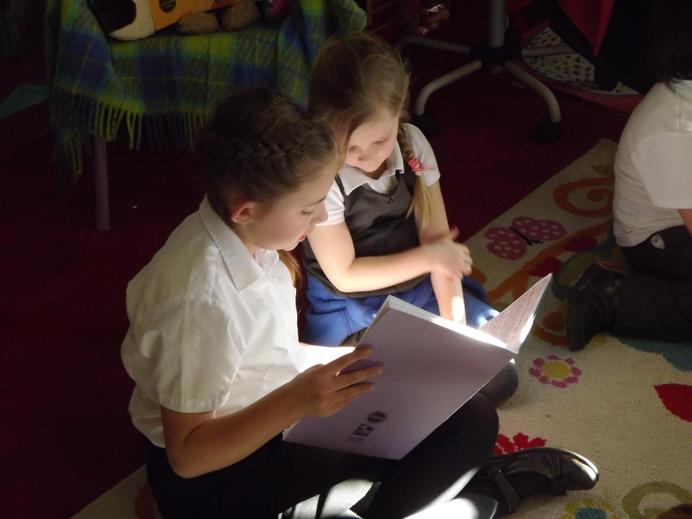 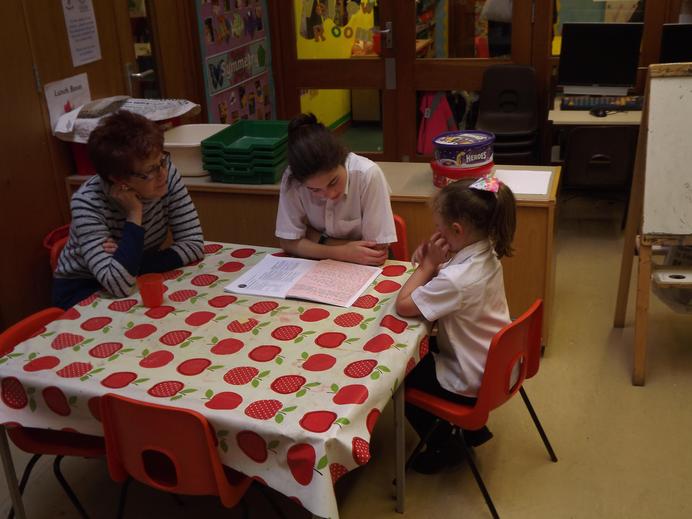 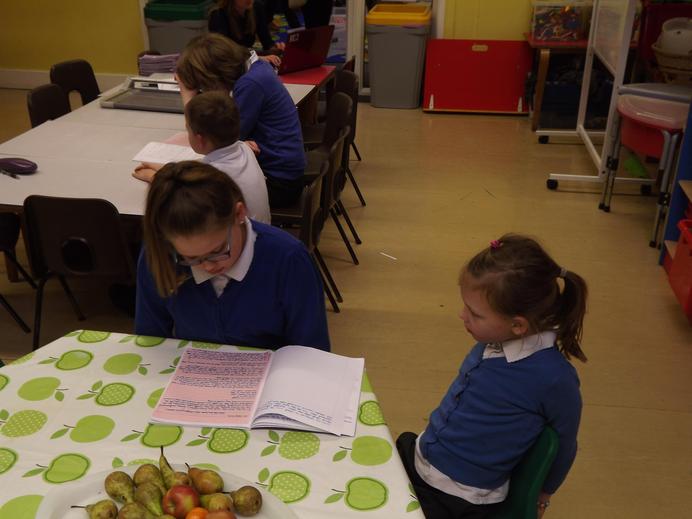 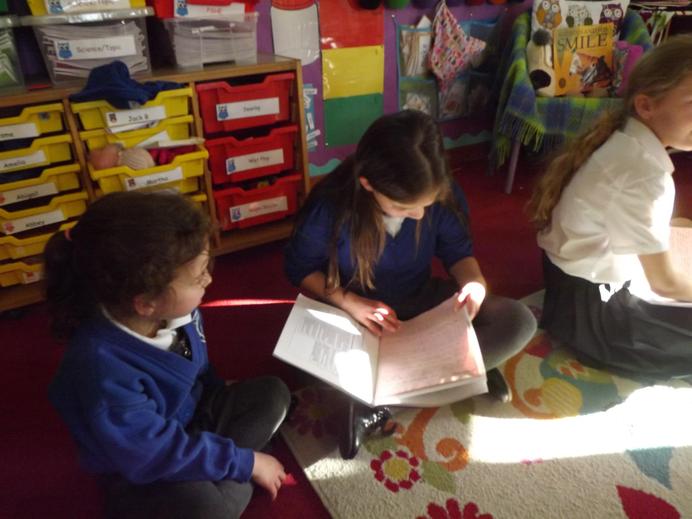 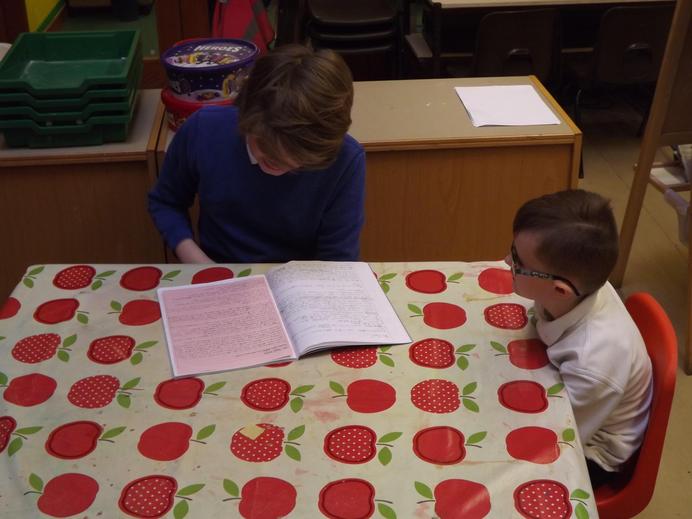 To finish off our unit looking at Rudyard Kipling's Jungle Book and Just So Stories, we visited the Owls to read them our masterpieces. We wrote our own Just So Story - keeping with Kipling's writing style - and really enjoyed sharing them with Year 1.

Last Tuesday (4th December), Penguin and Wolf class visited the Fitzwilliam Museum in Cambridge to learn more about our topic on the Ancient Egyptians.

After arriving, we went to the workroom and sketched designs on real papyrus paper before painting them with gouache and then adding gold for a finishing touch.

In the afternoon, our guide (Felicity) took us to the gallery where we were told about the sarcophagus lid of Rameses III. We were then split into three groups: Food and Drink; Magic and Charms; and Looking Good. We looked around for artefacts in our groups before completing question sheets in the gallery.

It was a lovely day and we learnt lots of interesting facts.

As part of our History work on Ancient Egypt (with Year 5), we carried out a mummification experiment to find out what would happen to a range of fruit and vegetables (and a tinned hotdog) if they were left in a natron mixture of 40 days.

At the start of the experiment, we drew the 'Pharaohs' before they were put into the natron (which was made up of table salt, washing soda and baking soda). We also measured the weight, length and circumference too.

After 40 days, Mr. Gray removed the Pharaohs so we could repeat the measurements and also make visual comparisons with the control Pharaohs - these had been placed into bags and kept in the same conditions as the mummified Pharaohs.

We were really surprised by how much moisture had been absorbed by the natron and the effect this had had on the Pharaohs (as you can see from the photos). 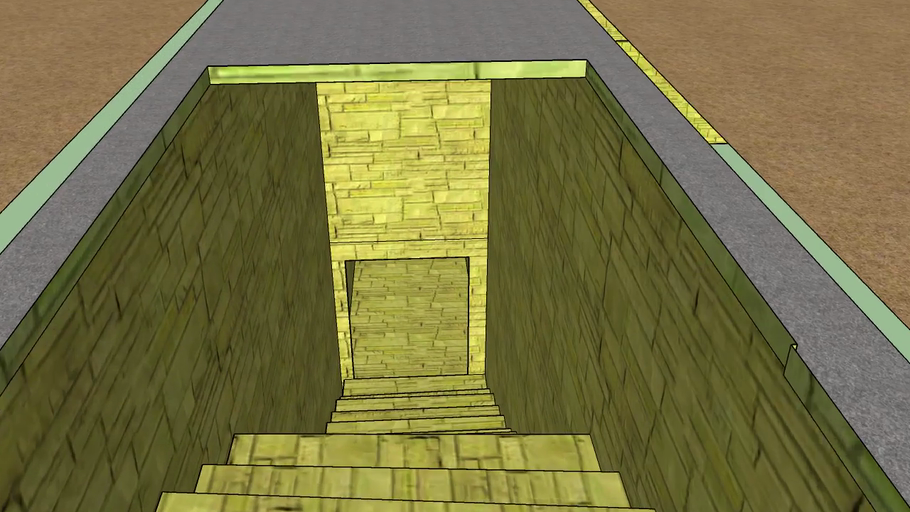 As part of our history topic, the Wolves were challenged to use SketchUp to create a 3D CAD model of Tutankhamen's tomb using the exact dimensions. This was quite tricky and required lots of thought but they persevered and learnt many new skills. Here is an animation of Teira's 3D model.

A visit from the Judge

As part of his visit, the Wolves acted out the mock trial of Johnny Rotten who had been accused of stealing a bike from a shed. Before the trial began various members of the class had to put on robes and wigs to make increase the authenticity of the occasion. Each participant had to explain the role that were going to play in the trial - this included the two barristers, criminal investigators and the jury. As the trial progressed and the evidence shared it wasn't looking good for Johnny Rotten. In the end the jury found him guilty and he was served with a £200 fine!

Following the trial, Judge Overbury very kindly stayed to answer our questions about what he does as a judge and told us about some of the exciting cases that he has presided over.

The timing of the Judge's visit was perfect as, in our English lessons, we are studying a poem which tells the story of a real murder which took part in 1844. During the unit the Wolves will be presented with additional evidence and have to decide whether the correct man was hanged for the crime.

We were very grateful to Judge Overbury for visiting us today, we know that that he is a very busy and important man. Everyone, including Mr. Gray and Miss O'Neill, learnt a lot about the trial process and the role of the court system.

To apply online for your child's high school place or to find out more about the local high schools please use the  links below. Remember that all applications must be made by 31st October 2018.

Information for about Year 6